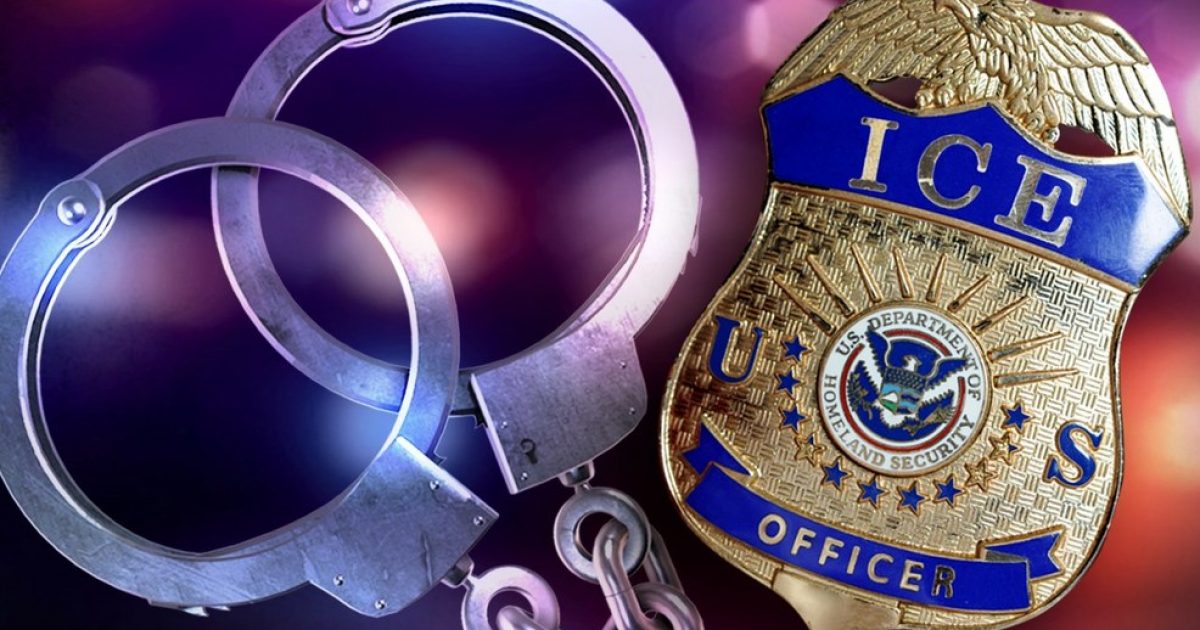 ASHEVILLE – As immigration enforcement turns up the heat on illegal aliens under the administration of President Donald Trump, accounts of Immigration and Customs Enforcement (ICE) raids have surfaced across the country. Now they are making waves in the Old North State, and the Left is flipping out.

“City Council and the Democratic members of the Buncombe County Board of Commissioners have issued statements of concern over arrests made by U.S. Immigration and Customs Enforcement across Western North Carolina over the past week.

Buncombe County is not participating in the raids, the commissioners said.

“As Buncombe County commissioners we want to publicly state, it is our responsibility to treat everyone with the compassion they deserve as human beings, and that we believe that no matter where we were born, we are all people and entitled to the same basic human rights, respect, and due process,” the statement said. “Many of the individuals impacted by these arrests are long-standing members of our community.”

Council members also released a statement, saying “we want everyone to feel that Asheville is a welcoming community and we care about all of our residents.”

The city said it has not participated in the ICE operations.

“As a city we don’t discriminate based on immigration or citizenship status,” the statement from council said.”

ICE reportedly arrested dozens of illegal aliens across the state last week, stating that the majority of them had criminal history.

The most recent raids took place over the weekend in Western North Carolina, where about 15 people were arrested in Buncombe and Henderson counties, ICE spokesman Bryan Cox told the Citizen Times. He was unsure of the exact number of people arrested.

Cox confirmed ICE arrested about 25 people in and around Raleigh, Durham and Chapel Hill last week. He couldn’t say whether federal immigration officials had arrested people in any other parts of the state, explaining that he can only confirm reports.

The ICE arrests got the attention of the American Civil Liberties Union of North Carolina, which condemned the statewide raids.

“It’s really shameful to see the Trump Administration spending federal resources to terrorize immigrant communities and break up families across North Carolina,” North Carolina ACLU spokesman Mike Meno said. “We are certainly disturbed by the reports coming in from different corners of the state.”

Everyone ICE arrested in the Carolinas last week was charged with illegal entry, but most of the people who were arrested had been targeted because of past criminal activity, Cox said.

If, however, immigration agents come in contact with people in the country without documentation while pursuing those on their target list, ICE “won’t turn a blind eye,” Cox said.”

So the Leftists in Asheville and at the ACLU are upset because ICE, as per their entire purpose of existence, is enforcing immigration law?

Instead of condemning the actions of ICE, these elected officials should be thanking them for removing criminals from their community. Those arrested for ‘merely’ being in the country illegally, have still broken the law mind you.

Asheville, and other Democrat strongholds across North Carolina, though, want to provide sanctuary to illegal aliens. The county commissioners say as much when they brag about not discriminating based on immigration status.

With such a brazen flouting of federal and state law, the powers on Jones Street would do well to pass anti-sanctuary city legislation such as that introduced by N.C. Sen. Norm Sanderson (R-Pamlico) last year.

The senate passed the bill, which would pull state funding from municipalities and universities that defy immigration law, but the bill got buried in the Rules Committee when it passed over to the N.C. House. Is leadership in the N.C. House okay with cities flouting immigration law? Another movement killed in the House was an investigation of N.C. Secretary of State Elaine Marshall related to her office certifying illegal aliens as Notaries Public.